It's Still In The Mail 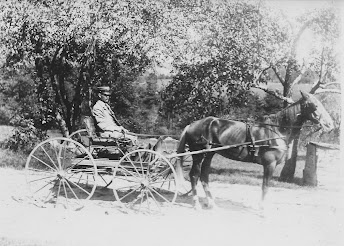 Rural Free Delivery helped to eliminate isolation felt by many rural families. It replaced "star routes." It open rural areas to being able to buy from catalog and to sell local products. (Courtesy-Arthur Pease)

”The postal service is for a variety of good reasons made a public function; but that it results in more economical or efficient management, there is not only no evidence to show but all evidence available contradicts.”  Windham County Reformer, Dec. 27, 1901.

The first part of this postal history analysis was published in December and was posted on my blog at larrycoffin.blogspot.com.  It dealt with topics including early postal delivery, rates, and offices. The appointment of postmasters, both men and women, was included as was the issue of Sunday mail delivery.

This column continues to explore the history of the postal service and what it offered, especially in the period before 1950. The interactions between offered postal services and private enterprise, especially as it impacted the development of the government agency, are important areas surveyed here.

Before the last decade of the 19th century, a large percentage of the nation’s rural population received their mail by going into town or paying a private carrier to deliver it. In the 1870s, farm organizations such as the Grange began to lobby for free delivery to rural areas.

As with other postal services improvements, considerable opposition arose from private enterprise, in this case, local storekeepers, express companies, and private carriers.

Nevertheless, Congress established Rural Free Delivery (RFD) in 1896, 33 years after that service was available in cities. The first rural route was established in Vermont in 1896 and in New Hampshire in 1898.  Local newspapers in 1901 reported that the program “is popular wherever introduced…meeting with unqualified success.”

By 1906 there were 292 routes in Vermont. In New Hampshire there were 202 routes, “and new routes are being laid out as fast as the post office department can arrange for them.”  Locally, rural routes were establish including in Thetford in 1896, Woodsville 1901, Bradford 1903, and Corinth 1905.

The new service brought an end to many private carrier’s star routes and many smaller post offices. Those private carriers had been awarded routes as lowest bidders. They agreed to provide “due celerity, certainty and security of transportation.” As stars identified each of these three conditions, the privately operated routes had been designated “star routes.”

The introduction of RFD helped to eliminate the isolation felt by many rural families as they could depend on free daily mail delivery. One elder recalled that her family received mail in rural Lyme several times a day,

Often, a strong bond developed between the RFD delivery person and the families on the route. In 1965, the United Opinion reported on the retirement party for Corinth’s rural carrier Ernest Flanders.

In the article, Flanders commented on his 34 years serving the rural patrons on the 28-mile route. He recalled the early winters when the roads were rolled, and horse and sleigh were used.  On Turkey Hill, the snow often drifted, covering the boxes. He remembered carrying a screwdriver to pry open frozen boxes or remove frozen pennies left for stamps.

For years, private express companies and rural merchants had also opposed package delivery.  As a concession, limits were placed on the weight of packages delivered by the postal carriers. Wells Fargo, established in 1852 by Thetford native Henry Wells, was one of the most power opponents.

In 1913, the Parcel Post package delivery system was established. The United Opinion reported, “the parcel post will be the general public’s express.”

For rural dwellers, this meant receiving free delivery of products and opportunities to mail local products at a lower rate to a nation-wide market.  Eggs, butter, and maple products were among the first items shipped from the area.

In 1901, the post system reached a national milestone with 76,945 post offices. The new delivery services, however, caused many smaller post offices to close. New Hampshire had reached its highest point in 1894 with 593 post offices. Closures soon following, although none locally. What at first appeared to me to be a closure was actually a 1912 name change when Warren Summit became Glencliff.

By 1850, the Connecticut and Passumpsic River Railroad was delivering mail to area towns. In 1873, the Montpelier and Wells River Railroad delivered mail along its line as did the railroad company from Boston to Woodsville. By 1887, several daily mail trains were going north and south through the Connecticut River valley. Mail was picked up and sorted enroute. Station masters placed sacks of outgoing mail on a crane so that it could be picked up without stopping. By 1910, railway mail service handled 98% of America’s intercity mail.

For many years, mail to Corinth and Topsham arrived on the Bradford stage. Prior to 1908, mail that arrived on the afternoon train was taken by stage to East Corinth where the mail was sorted. It was then taken by star routes to West Topsham and Waits River. That meant that locals could get both long distance and local mail by late afternoon.

In 1908, there was a dramatic change with mail coming from East Barre. Timely mail such as Bradford’s United Opinion published on Friday would not arrive until Monday. Every time there was a change in delivery routines there were stern editorials and letters to the editor appeared in local papers.

In 1925, Congress passed the Airmail Act, a legislative act that allowed contracts with and support for the new commercial airline industry.  Progressive Congressman Clyde Kelly of Pennsylvania was the primary sponsor, an effort that gained him the title “father of the air mail.” Air mail became standard in 1975.

The postal system offered postal money orders in 1864. Union soldiers were able to send money home using these pre-paid checks or “money-letters.”  The fees varied with check’s amount, with early rates at 10 cents for amounts up to $10. Not all post offices offered this service at first. In 1867 an announcement appeared indicating that the Bradford office had been added.

I have noticed patrons continue to use this service out of the local office in Bradford, as the checks are guaranteed. They include local migrant workers sending money home or individuals sending payments.

In 1873, the postal service began to issue postal cards imprinted with a one-cent postage stamp. The idea had first been introduced several years earlier, following the example of several European nations. Privacy concerns delayed their authorization. In 1872, the Burlington Weekly Free Press included the following explanation for the delay, “visions of libelous and insulting messages, as well as over curious letter carriers, and post office clerks…seem to haunt the legislative brain.”

As the price was half that of a first-class letter, these postal cards were met with an enthusiastic response. In the first six months, the Post Office sold 64 million, with businesses using them as an inexpensive way to advertise.

Their use peaked in 1950 with 3.4 billion cards mailed. The number has fallen dramatically since. They were referred to as “penny postcards” until the postage was increased to two cents in 1952.  In 1999, the title was changed to “stamped cards.”

These cards are not to be confused with commercially produced postcards. First produced around 1861, they were allowed to be sent as mail with a two-cent stamp. In the late 1800s, their popularity grew as a quick way to send a message and share a photograph. This popularity was enhanced by the government’s lowering of the postage to one-cent, and because collecting picture postcards became more popular.

In 1907, the post office allowed a “divided back” card with space on the reverse for both a short message and address.  In 1908, 667 million postcards were mailed. The highpoint was about 1990 with 2.8 billion cards mailed.

Another service began in 1911 with the establishment of the Postal Savings System. This was aimed who distrusted the soundness of their local bank or otherwise were unable to avail themselves of the banking system. The postal savings was deposited in designated banks. The program later sold bonds and operated a saving card program. This system was especially successful until the creation of the Federal Deposit Insurance Corporation in 1933.

It was terminated in 1967 as the number of customers declined. Vermont Senator Bernie Sanders has recently reintroduced this system as a service to Americans who are underbanked.

There have been other innovations over the history of the post office system. In 1810 the law required local post offices to be open at least one hour on Sundays.  Sabbatarian opposition to this practice as well as low mail volume have led to changes in this policy. Stamps were accepted in 1852 and in 1863 mail was categorized by class. In 1963 a system of zip codes were adopted.

As with earlier advancements, the national post office has always had to deal with competition from those who value private enterprise over public services. Another example was the call in the 1870s for the Post Office to offer postal telegraph in opposition to the monopoly held by Western Union.

Calling a government telegraph system “vastly cheaper,” a Postal Telegraph Bill was introduced. In 1888, a supporting petition bearing the names of 2,332 Vermonters was sent to Congress. As a result of significant lobbying by private enterprise, the bill never passed. For one year during World War I, the telegraph/telephone industry was placed under the control of the Postmaster General.

But support for the public service was expressed by Congressman Clyde Kelly who called the postal system “the people’s thoroughfare…its record in the past is the inspired promise of its betterment in the future.”

That struggle between private and public continued unabated. The 1970 Postal Reorganization Act created the U.S. Postal Service, a government-owned corporation with what was purported to be a more business-like model. At the same time its statement of purpose recognized the role of the service in binding the nation together with service to all areas and communities.

“Small rural communities frequently center around their post office.” This comment appeared in this newspaper at the time of Piermont’s postmaster Gloria Randall’s retirement in 2004. The internet, private delivery systems and changes in our rural personal interactions, have dated this statement. Delivery to rural patrons cost more than to urban homes. As questions about the future of the U.S. Postal Service are raised, is universal six-day rural postal service a thing endangered? The answers to that question will have a profound impact on the postal service in our area. .

Posted by Larry Coffin at 9:37 AM No comments: