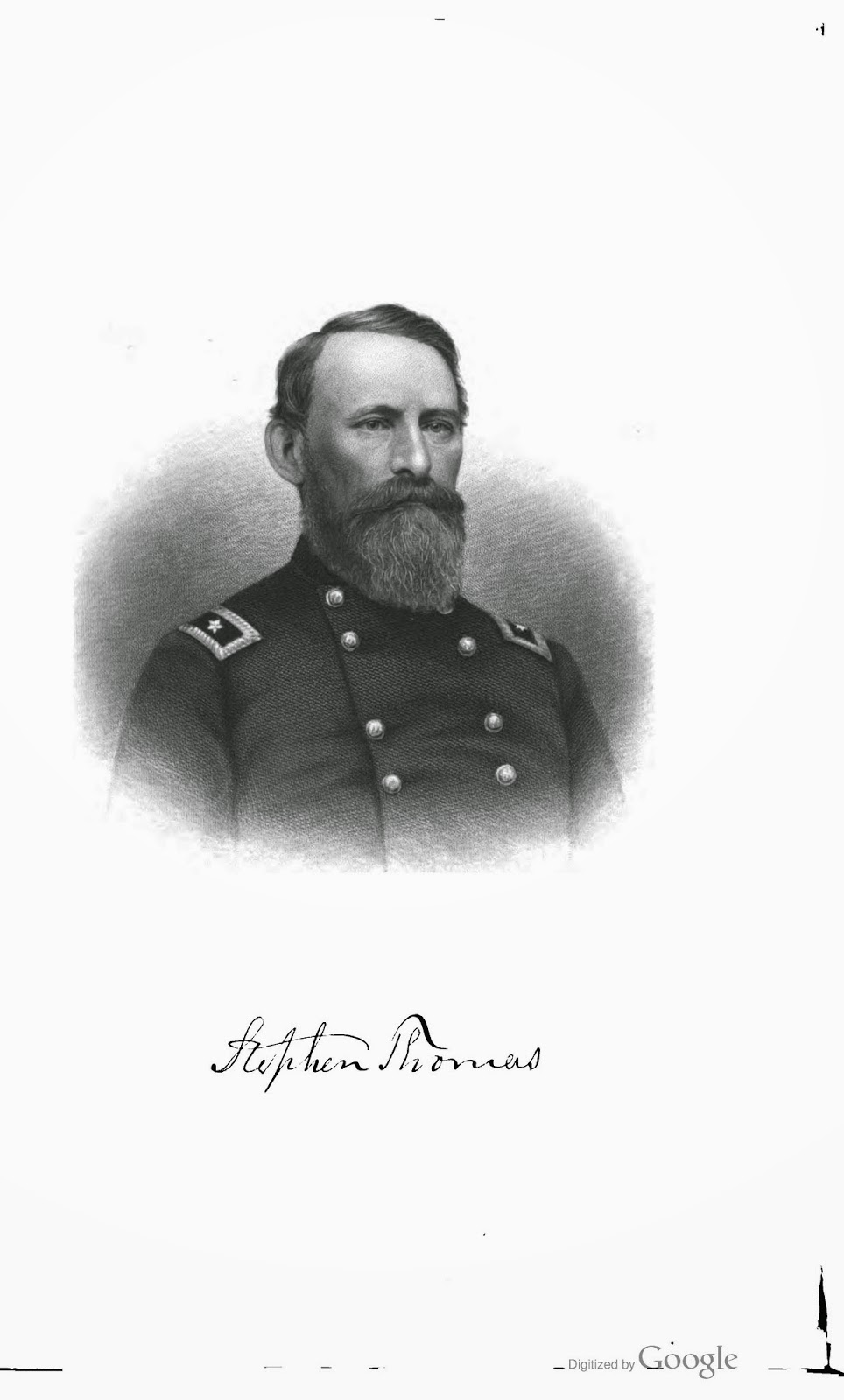 LOCAL MEDAL OF HONOR RECIPIENT: Gen. Stephen Thomas of West Fairlee was awarded the Medal of Honor for his heroic leadership during the Battle of Cedar Creek. His command included the 8th Vermont Regiment which included a number of other local men. (West Fairlee Historical Society) 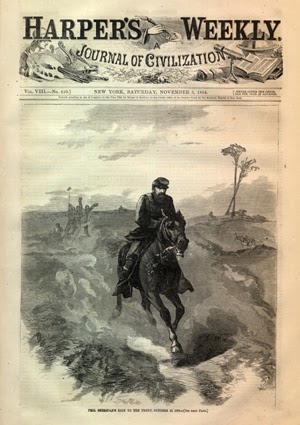 SHERIDAN'S FAMOUS RIDE: Gen. Philip Sheridan was depicted on the cover of Harper's Illustrated Weekly riding to rally his routed army at Cedar Creek near Middletown, Virginia.  Returning from Washington, the general ad rested overnight at Winchester and awoke to the news of battle. 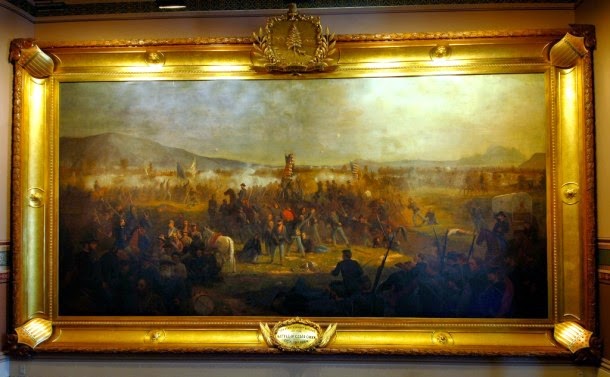 VERMONT AT CEDAR CREEK DISPLAYED:  The actions of the Vermont Brigade are commemorated in the wall-size painting of the battle by Vermont artist Julian Scott. It was purchased by the State in 1874 and now is displayed in the Cedar Creek Room in the Vermont State House.
This battle was chosen by Vermont Civil War veterans because more Vermonters were involved in this battle than in any other Civil War battle. The faces of many actual participants are depicted in Scott's masterpiece.  (Courtesy Vermont State House Curator's Office) 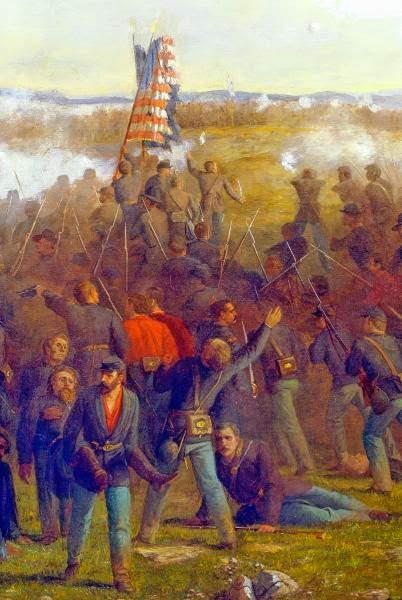 In this detail from The Battle of Cedar Creek, Capt. Thomas Kennedy is carried from the battlefield after being wounded.  (Courtesy Vermont State Curator's Office) 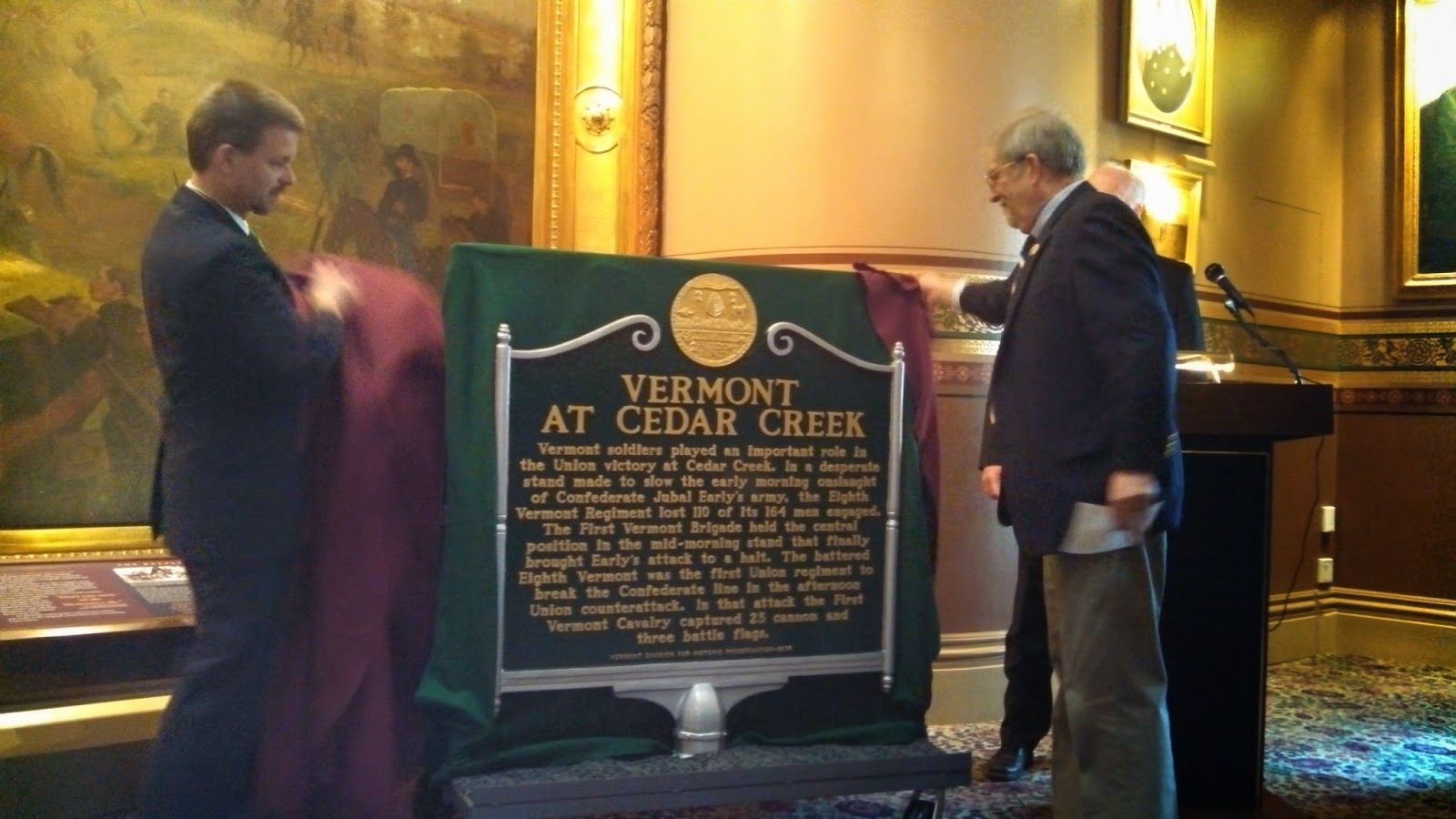 VERMONT'S ROLE AT BATTLE RECOGNIZED ANEW:  Sen. Joe Benning (Caledonia-Orange) and Vermont Civil War Historian Howard Coffin are spearheading an effort to erect a highway sign at Cedar Creek Battlefield during the 150th anniversary observances this October. The sign, describing the role of Vermont soldiers, is show being unveiled in the Cedar Creek Room in the Vermont State House by House Speaker Shap Smith (left) and Howard Coffin. (Courtesy photo by Joe Benning) 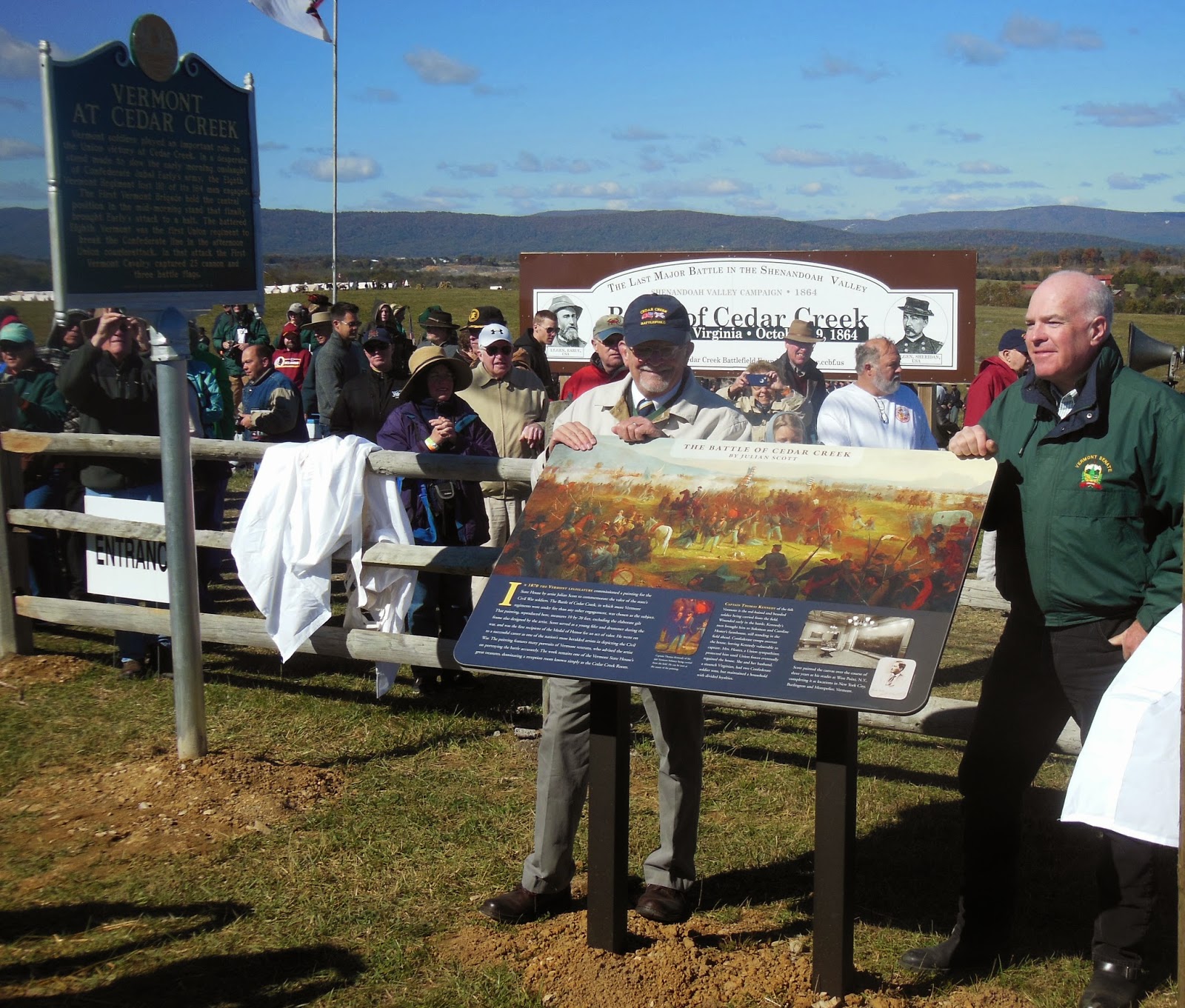 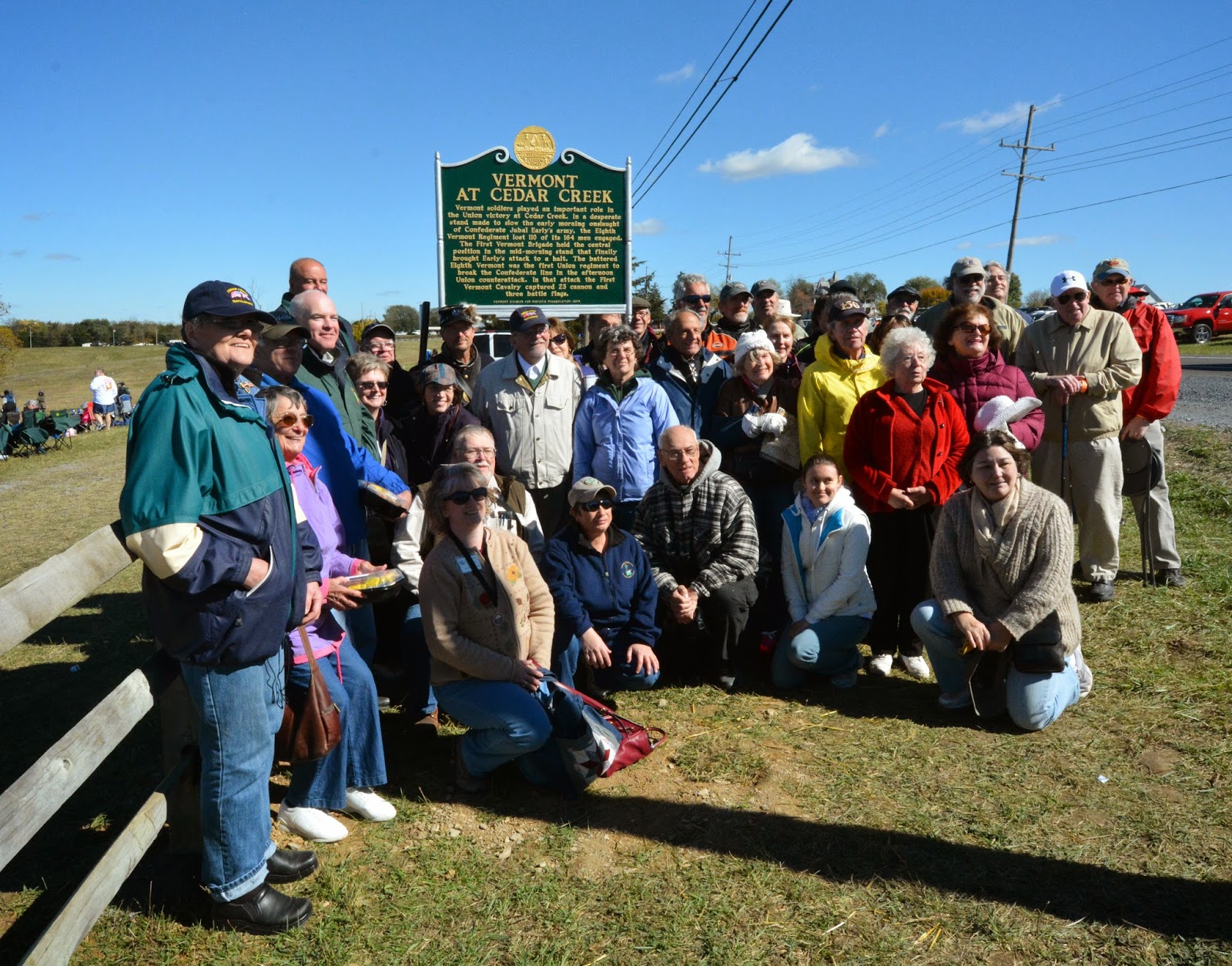