No One Lives There Anymore 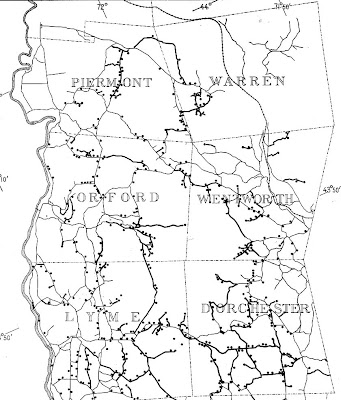 This 1925 map shows the extent of desertion of roads and houses in Piermont, Warren, Orford, Wentworth, Lyme and Dorchester. The dots represent deserted houses, and the heavy lines are deserted roads; roads still in use at the time are shown by a light line. The map is a result of a study by Dartmouth geography professor James Goldthwait that was included in his 1927 article "A Town That Has Gone Downhill." 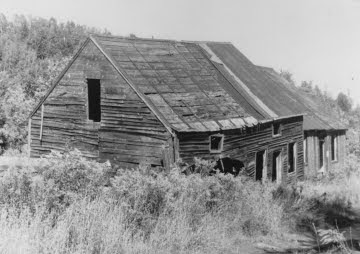 The back of beyond sections of area towns were littered with the remains of abandoned homes and farm buildings as residents moved away and nature reclaimed the pastures. (UVM Special Collections) 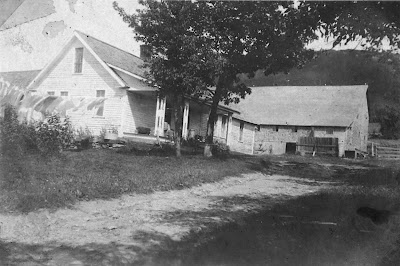 The Frank Finney fam was one of the last to survive in Orford's Quinttown. According to Leon Marsh of Fairlee, who was born in this house, the buildings burned in the 1940s. Abandoned stone walls and overgrown cellar holes create a "silence of desolation" in this once thriving neighborhood. (Orford Historical Society)

Copperfield, in Vershire, was a booming mining town in the 1890s. In the center of the village was a three-story company store. All that remains of this thriving community are the tailings, or waste materials, from the mines. (UVM Special Collections) 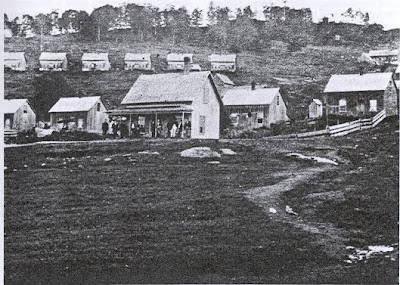 In the 1870s, the mining company provided these shanties for miners and their families at the Pike Hill copper mine in Corinth. Like Copperfield to the south, this village disappeared with the closing of the mine. (UVM Special Collections) 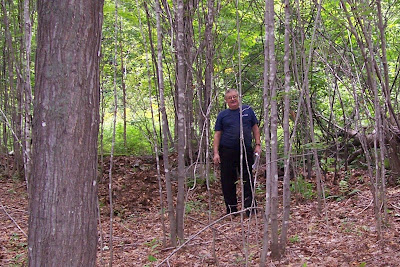