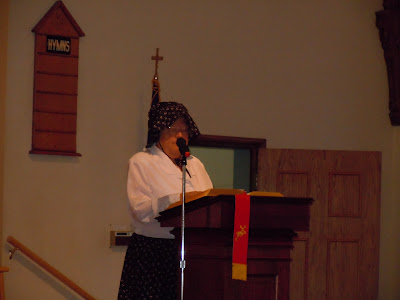 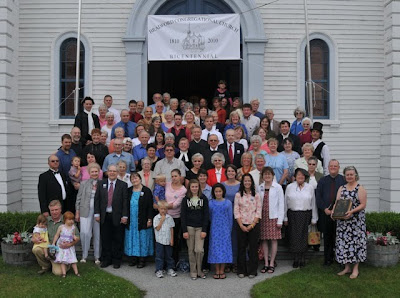 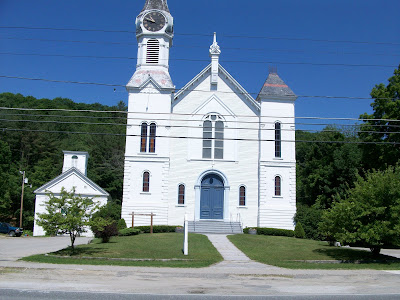 The Bradford Congregational Church (UCC) was organized June 24, 1810. Two hundred years later it held a gala bicentennial celebration. The pictures below are by Janice Neubauer for The Bridge Weekly Sho-Case. 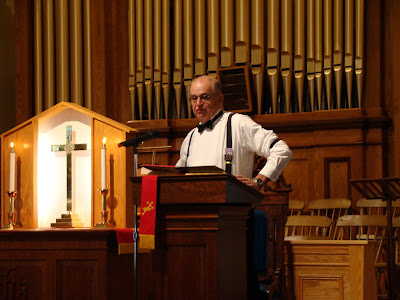 Moderator Daniel Perry II, longtime member of the church, acts as Master of Ceremonies for Saturday, June 26th special presentation honoring the present church building, its history and architecture and the special contributions of several significant members in its past. 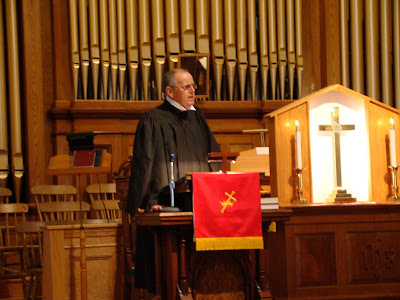 Rev. Silas McKeen, represented here by Larry Coffin, was the pastor of this church for 43 years in the 19th century and was instrumental in its growth. A native of South Corinth, McKeen became the pastor in 1814. He was widely known for his sermons and efforts on behalf of the temperance and abolition movements. 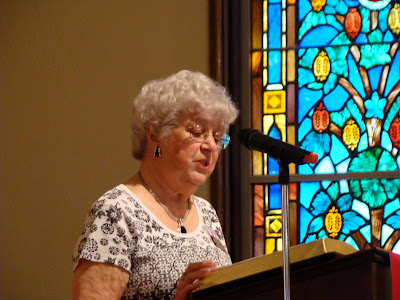 Martina Stever, general chair of the Bicentennial Celebration, gives a history of the original church building, and describes the architecture of the current church building pointing out the stained glass windows which over the years replacing the originals. 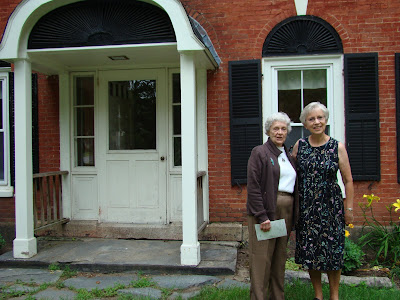 
She is shown here with church member Barbara Stahl. 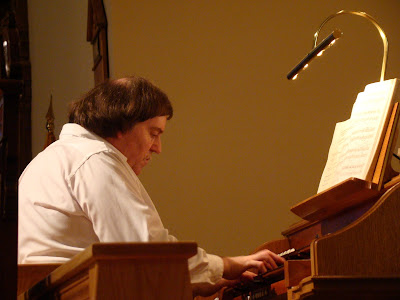 Bruce Stevens of Ryegate, plays the church's newly restored pipe organ at the Concert, the grand climax to Saturday's events. Stevens was recently honored as Artist of the Year by the Vermont Chapter of the American Guild of Organists. 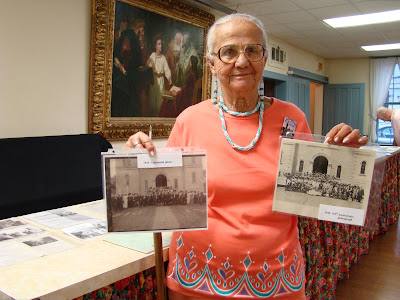 Church Historian Eris Eastman provided a history an memorabilia display for the Bicentennial Celebration. The display included programs from previous celebrations as well as photographs from as far back as 1875. 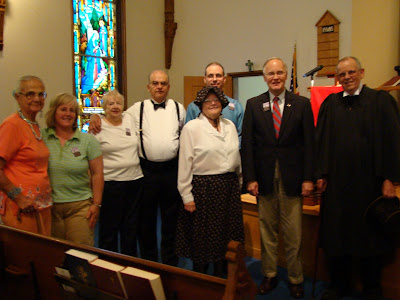